Fungie, the Dingle dolphin, found in Kerry on the south-west coast of Ireland, is now the world's longest resident wild dolphin in a harbour. (that record had been held by a New Zealand dolphin, "Pelorus Jack" for over a century) His presence was first reported to the Natural History Museum in 1983. This year he celebrates 30 years as a friend and neighbour to humans. The photographs here are from a book,"Ireland's Friendly Dolphin," published by Brandon in 1992. The book is out of print but email if you would like a print copy of any photograph here. 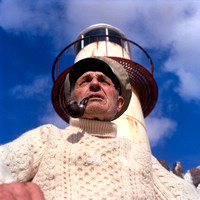 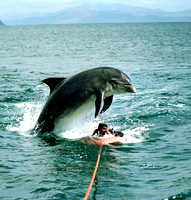